Find Tickets and VIP Packages for an upcoming Lady Gaga concert at the Park Theater, Park MGM in Las Vegas. List of all Lady Gaga tickets and concert dates for 2020.

Enigma is a concert held at Park Theater at Park MGM in Las Vegas, Nevada by an American singer and songwriter Lady Gaga. The concert Enigma focuses on entertainment and includes the singer’s biggest hits. The Enigma show opened on December 28, 2018, and has been going on ever since. As Vegas is known for it’s fine and unique entertainment it adds something extra to your regular Lady Gaga concert. 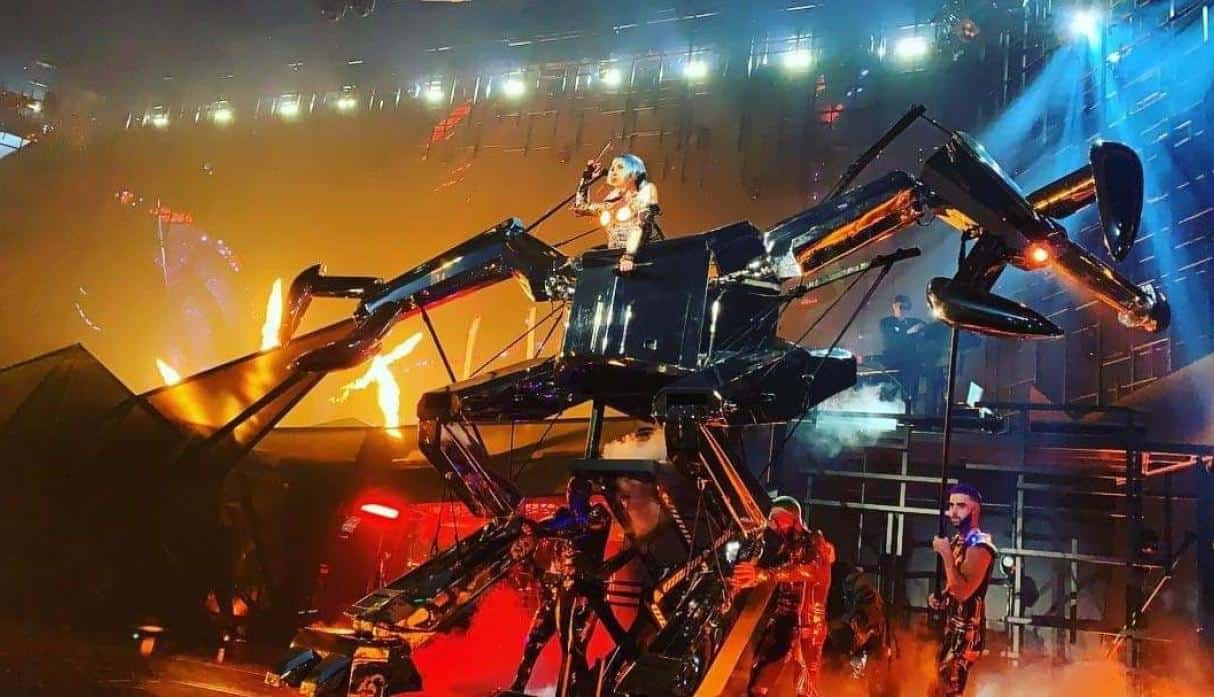 The Enigma show starts with an introduction where Enigma, a motion captured character who is Gaga’s alter ego, welcomes the crowd. Shortly after, the singer appears suspended to the roof of the theater and performs “Just Dance” as she plays the keytar. After joining the stage, Gaga and her dancers perform “Poker Face” and “LoveGame”. Then, she meets Enigma, who explains her who she is and that she’s going to show Gaga the future through a simulation.

After an interlude, the singer returns on stage wearing a fluorescent suit and a manga inspired wig, and performs “Dance in the Dark” and “Beautiful, Dirty, Rich”. Gaga takes her jacket off and plays her keytar called Emma while she sings “The Fame”. After performing “Telephone” and “Applause”, Gaga realizes that in the simulation, paparazzi are dangerous and want to capture her. She performs “Paparazzi” up in the air in an orb-like cage, but quickly after, the paparazzi catch her and she performs “Aura” while they torture her.

The third act opens with Gaga riding a giant mechanical robot while singing “Scheiße”, with pyrotechnic effects accompanying the performance. The song transitions to “Judas”, in which Gaga performs a long electric guitar solo. After performing “Government Hooker”, Gaga covers David Bowie’s “I’m Afraid of Americans” while standing in a circular keyboard console. Following an interlude in which Enigma explains to Gaga that she must heal, “The Edge of Glory” and “Alejandro” are performed. Gaga sits down at piano at the end of the catwalk, to sing “Million Reasons” and “You and I”, where she is joined by her guitarists.

The last act opens with “Bad Romance”, performed in a cream latex suit on the catwalk while Gaga’s dancers execute the choreography on the main stage. Enigma tells Gaga it is now time for her to leave, but Gaga insists to perform for her one last time. “Born This Way” follows and after Gaga and her crew leave the stage, she comes back to sing “Shallow” on her piano as the encore.(1)